Skip to content
This is part of an ongoing series chronicling my attempts to regain a bit of my sense of self, and my sanity, by implementing Elizabeth Lyons’ 32 Rules that Sustain a (Mostly) Balanced Mom. Subscribe to my RSS feed to get the whole series! 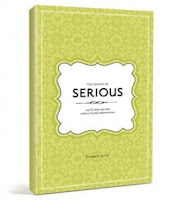 Don’t forget to check out Elizabeth’s assignment for each rule at the end of the post!

I saw an episode of What Not to Wear a few years back in which they made over a waitress from Austin. Apparently Clinton and Stacy didn’t appreciate her cut off jean shorts, fishnet tights, multicolored hair, or oh yeah, the faux raccoon tail she always had pinned to her butt all of her waking hours.


Also apparently, Clinton and Stacy had never been to Austin.


Sure, the girl’s wardrobe needed some tweaking, but honestly, having lived here for 14 years, she wasn’t someone who would have alerted my weird-o-meter. I probably wouldn’t have thought anything more than, “Nice tail.”


If you’re a visitor to the great city of Austin, TX, you’re bound to come across lots of strange sights that we Austinites call “normal,” “average,” or even “interesting, but really, not much surprises me these days.” Like:

Polkadot lawn: I used to drive by this house on my way home from work every day. It’s obvious that artists live here. It is the coolest house I have ever seen, and I’m dying to go inside. [cue creepy stalker music] (photo courtesy of keepaustinweird.com)

This is Leslie. Gender confused homeless person and honorary mayor of Weird Austin. Kind of a celebrity around town. Weird? Yes. Unusual in these parts? No. Plus he runs for actual mayor each term. He has yet to win, but I consider voting for him every time… (photo courtesy of keepaustinweird.com)
It’s very easy here in Austin to say “I’ve seen it all,” but that’s just plain irresponsible, unless you want to see Leslie take his act a step further. And I don’t think you do.
Same with parenting. When Zoe was born, I had visions of getting her on a perfect schedule, just like her sisters were. I figured with all the research I did on establishing healthy sleep habits would have my new baby sleeping through the night at 4 months. And in those early days, I was often even blessed with 7, 8, or even 9 hour stretches.
She’ll be a year in 7 days. I still have yet to get my full night’s sleep.
Turns out, she is a completely different kid than my other two! Who knew? Instead of getting up at 6:30 or 7 like they always did, she’ll sleep until 8 if I let her. Instead of using the clock to gauge her nap times, I {gasp!} paid attention to her cues. Whereas at her age her sisters ate every scrap of food I put in front of them, I’m lucky if I can get her to eat anything besides grapes and cheese.


And in addition, I’m currently dealing with an almost three-year-old who is deciding that napping isn’t necessary, while her twin will still sleep 3 hours if she can tune out the whining and moaning.
I know I haven’t seen it all. I’ve seen a lot. I’ve seen a perfectly healthy pregnancy spiral quickly out of control into a dangerous disease and semi emergency delivery 9 weeks early. I’ve held against my chest tiny 3 pound beings who so vaguely resembled babies but rather the fetuses they really still were. I’ve seen plenty nights with hardly a wink of sleep.
Things I know I haven’t seen? I’ve never seen a fever that lasted for more than a day and a half in one of my kids. We’ve never had any ear infections around here. I’ve been lucky enough NOT to see major health or developmental problems in either of my former featherweights. I know moms who haven’t been so lucky.
We’ve never seen it all. Even if you think we have, someone out there can one up you. And that’s not necessarily a good thing. The hidden message I took from this rule is to count my blessings (which I’ll also address in Rule 30: Remember What’s Really Important). I know I haven’t seen it all…and I probably don’t want to.


***Important update! Within hours of publishing this post, one of my girls had a fever of 104.5. We have officially been hit by the flu. So maybe there should be a Rule 5.5 that states “Don’t even talk about the things you haven’t seen.”***
Plus, like Elizabeth says, “A surefire way to be presented with an unimaginable experience is to proclaim at some point and time, ‘Now I’ve seen it all.'”
Elizabeth’s assignment for Rule 5: What situation presented itself recently in your life to which you thought, “Now, I’ve seen it all!” (which, by the way, as I’ve said, you might want to not think going forward!).
I’d love to hear what you think! Leave me a comment and tell me how Rule 5 does or doesn’t work for you.
Purchase your own autographed copy of You CANNOT Be Serious! You can also follow Elizabeth Lyons on Twitter: @elizabethlyons